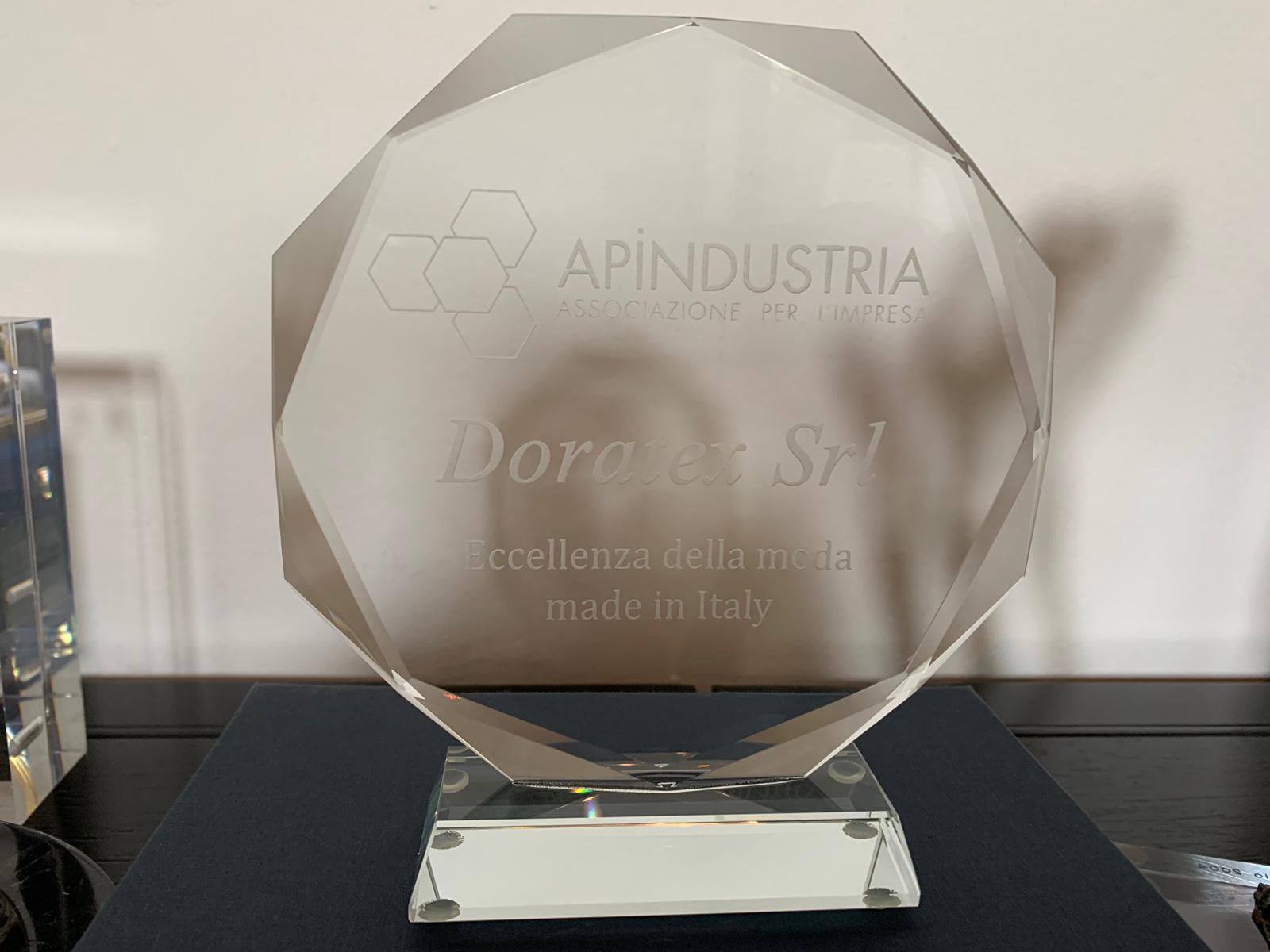 10 Jul Excellence of Fashion Made in Italy

Confapi at the hands of President Casasco and Apidustria Brescia with President Sivieri have awarded the Excellence Award of Fashion Made in Italy to Doratex, which for about 60 years has been promoting the Italalinity in the world.

The beautiful Vanvitelliano salon of the Loggia di Brescia hosted the award ceremony, preceded by the story of the Doratex case history, accompanied by the projection of images that marked the company stages. Framing also 12 mannequins with unique garments, historical pieces, flanked by paintings with the Superheroes theme by Marvel.

These represent the Italian entrepreneurs of the modern era, precisely superheroes ...

Art and Fashion, a strong and natural combination that links the painting to the artefact as a symbol of Made in Italy excellence.

The entrepreneur Hero of the modern era, able to fight against the winds of crisis, to survive despite the contingent difficulties, to train and teach, to innovate and look to the future while remaining rooted in the territory.

The Brescian artist Giovanni Confortini seems to want to underline in this way, putting side by side the Superhero to more traditional subjects, the double nature of the entrepreneur open to the future and to the world but always paying attention to the past and faithful to his origins.

His art is placed side by side with the works of the Brescian manufacture testified by the achievements of Doratex srl, a company from Brescia with a strong sense of belonging, always attentive to innovation with respect for the environment and growth in harmony and synergy with the territory.

In this way Apindustria Brescia, in collaboration with the Uniontessile sector union, wanted to focus on one of the sectors that is the symbol of Italian and Brescia “know-how”, strongly affected by the crisis, however capable of resisting and reaching levels of excellence.,